All health and safety considerations 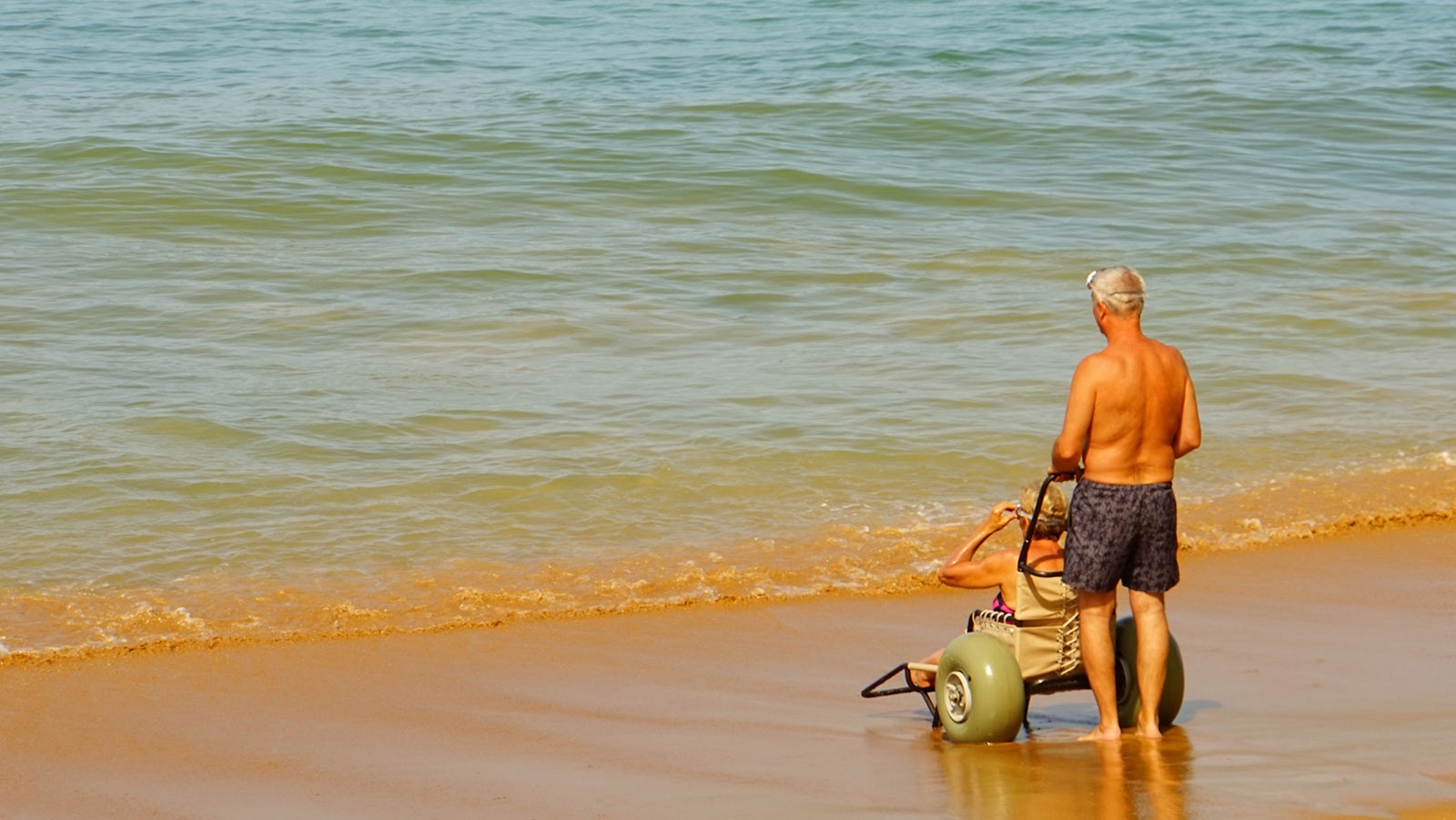 Facilities and access for disabled tourists in Thailand still lag a long way behind countries like Australia, America or the United Kingdom. Although that does not mean that if you have a health condition or impairment, you cannot still enjoy Thailand, but you will need to plan it. Not all tourist attractions have ramps or are easily accessible by wheelchair but, practically speaking, Thai people will help you out if you politely ask for assistance. Language barriers can sometimes create as many difficulties as physical barriers, so it is worth considering to hire an officially registered tour guide for at least part of your trip. It will cost you a bit more money than exploring independently but could save you from potential problems. Having a Thai speaker with you makes it much easier to gain access to temples and other attractions that may not appear to be suitable for somebody with a mobility aid. Some of the disabled facilities at tourist attractions in the country are excellent. Some are non-existent. It can be a bit of pot-luck for disabled travelers when it comes to ease of access. Even if you are not the sort of tourist that would typically hire a local tour guide or driver, it is something worth giving serious consideration to in Thailand.
Just about every Thai town, city, and the resort has at least one modern shopping mall. Bangkok has dozens. If you are out and about exploring, these shopping centers are often the best place to go to if you need an accessible toilet. The air-conditioned malls also make for a pleasant respite from the outdoor heat and provide the opportunity to get some refreshments and plan the rest of your day.
On the other hand, the local night markets are worth to visit, too. These outdoor venues are a great place to try local food. The atmosphere is relaxed, and the prices are low. The only real downside for disabled travelers is there are not always decent toilet facilities nearby.

Read More about People with disabilities 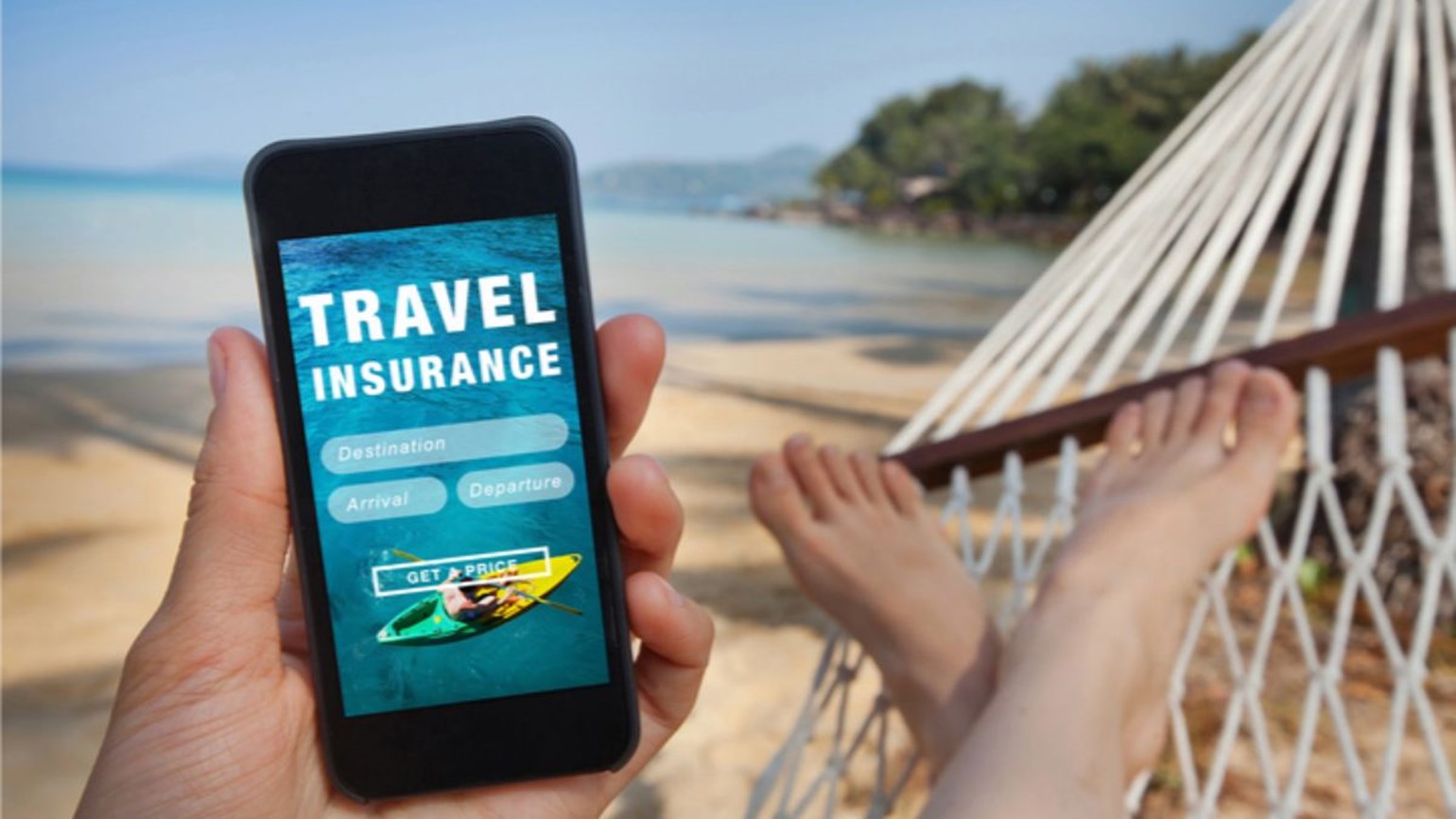 Travel Insurance is not mandatory for Thailand as of now. But, unforeseen circumstances like accidents, lousy health or loss of personal items during traveling can arise. It is highly recommended to buy travel insurance to take care of such emergencies. Notably, that private medical care is costly in Thailand, and it is not rare that tourist will not get any treatment until the hospital receives Proof of Insurance and Guarantee of Payment letters from the Insurance Company.
A good insurance policy covers not only the Medical Expenses but also offers such benefits as Personal accident and liability, Cancelling and cutting short your holiday, Abandoning your trip, Delayed departure, Accommodation cover, Scheduled airline failure, Personal belongings and baggage, Personal money, passport and travel documents, and Legal expenses. 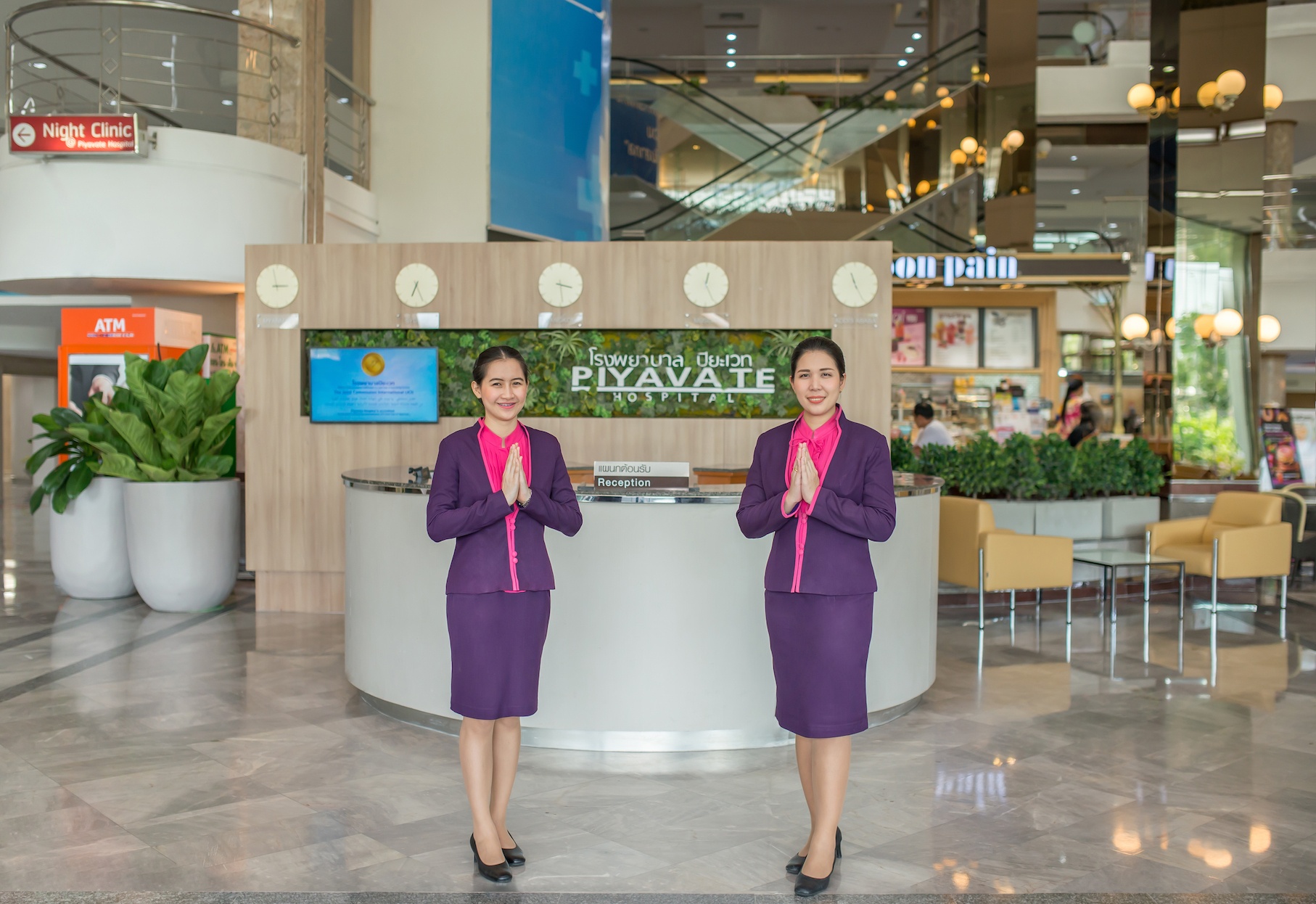 As of 2010, there are 1,002 public hospitals, and 316 private hospitals are registered with the Ministry of Public Health’s Medical Registration Division. There are world-class private hospitals in Bangkok, Chiang Mai, Phuket and Samui and good hospitals in all other major tourist areas, but even government hospitals are usually acceptable, and almost all doctors can speak enough English to attend to our needs. Phuket has three private hospitals and four government ones.
Thai hospitals and healthcare are incredibly professional and pleasant, offering suitable relief if the tourist might fall ill here. A competent effort is also made to deal with seasonal threats. Public hospitals have a relatively good standard of care, and the majority of Thai nationals use these facilities. However, lines can belong, and the equipment is sometimes old and outdated. If the tourist does have to visit a hospital, shall be aware that they charge considerably more than public ones, overcharging on imported medicines on the assumption that tourist is covered by travel insurance. Tourists can often get an equally professional service at decent government hospitals, who are more ethical. The hospitals generally supply ambulance services

Read More about Hospitals and doctors 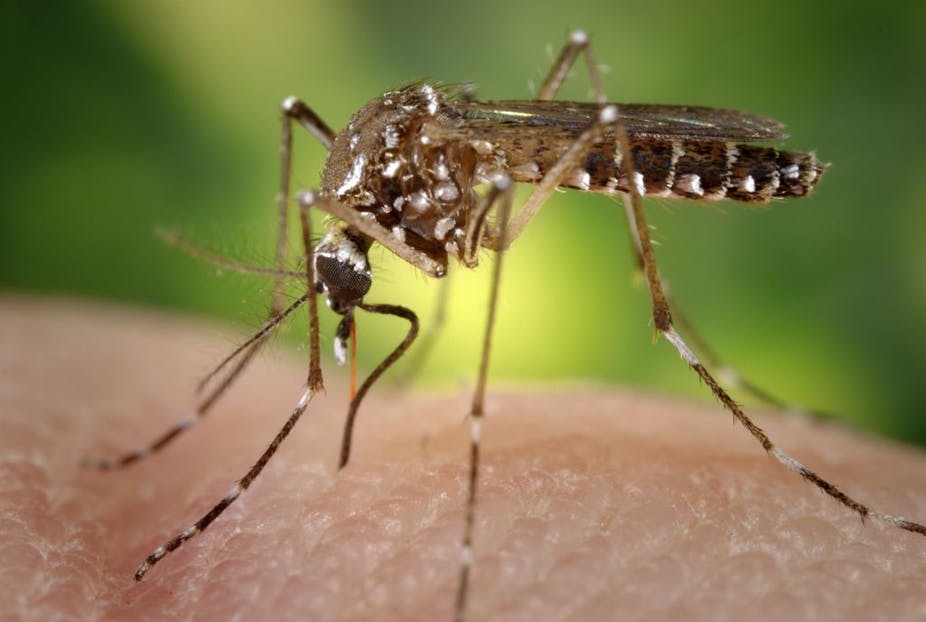 Violent crimes against tourists are rare.
Although murders, assaults, and rapes may occur. Tourists should be aware of drink and food-spiking in the bars and try not to get separated from their traveling comrades. In terms of violent crimes, they are most common in Phuket, Pattaya, Bangkok and tourist areas in Southern Thailand.

Credit card fraud – ATMs: a general problem in Thailand, where law enforcement is limited in this regard. Paying by card in respectable hotels, restaurants, and shops is fine, but cash is safer. ATM tricksters aren’t too prolific.
Main diseases in Thailand are dengue, malaria, Japanese encephalitis, Leptospirosis, Soil-transmitted worm diseases, Hepatitis B, Hepatitis A, and HIV.
Dengue fever: this disease has similar symptoms to malaria and is spread by mosquitoes, mainly occupying urban areas. There is a small risk of contracting this disease while in Thailand. Its prevalence is on the rise in Asia, and there are no effective prophylactics, so avoiding mosquitoes is the only prevention. Not all mosquitoes carry the virus. It exists where stagnant water assists in the breeding of rare carrier Aedes Aegypti. A simple water spray is effectively used across Thailand to reduce this but avoiding mosquito bites, particular during dusk when they are a problem, is best. Dengue is not usually fatal, but it’s less treatable than malaria. Once caught; however, a subsequent bout is often deadly.
Drinking water: in Bangkok, the tap water is drinkable, but across Thailand, everyone sticks to bottled water to be safe. Indeed, water across Thailand shouldn’t be drunk unless it’s out of a bottle of the water purification system, even in national parks streams. Bottled water is widely available, and ice is safe since reverse-osmosis purified water is supplied all over Thailand to every small village.
Dehydration: during the hot season, from March to June, Thailand can become extremely hot with temperatures reaching 40°C and beyond. Tourists are recommended to drink plenty of water, and try to escape from the heat as often as they can – feeling overly fatigued, having difficulty breathing or muscle seizures usually mean dehydration. Drinking rehydration salts immediately is a must and seeking medical attention if the symptoms persist. Particular attention should be given to children suffering from this.
Diarrhea: part of the process of adjusting to Thailand and its food often has the side effect of about of the runs – mainly if tourist frequents the roadside food stalls or eats something particularly spicy. Usually, the results will only be mild and should pass in a day. Imodium or a similar medication is widely available at pharmacies and will help stop the runs. It is essential to take rehydration salts or electrolyte beverages after a bout of diarrhea to avoid dehydration. ‘O-lyte’ is a popular brand found in most pharmacies or 7-Elevens and can be mixed with water. Almost all pharmacists speak English. Dangerous animals of Thailand are: Poisonous Snakes, Giant Centipedes, Jellyfish, Trigger Fish, Stingray, Lion Fish, Coral, Mosquitoes, Scorpions, Spiders, Ants, Poisonous Caterpillars, Dogs, Monkeys and Leeches 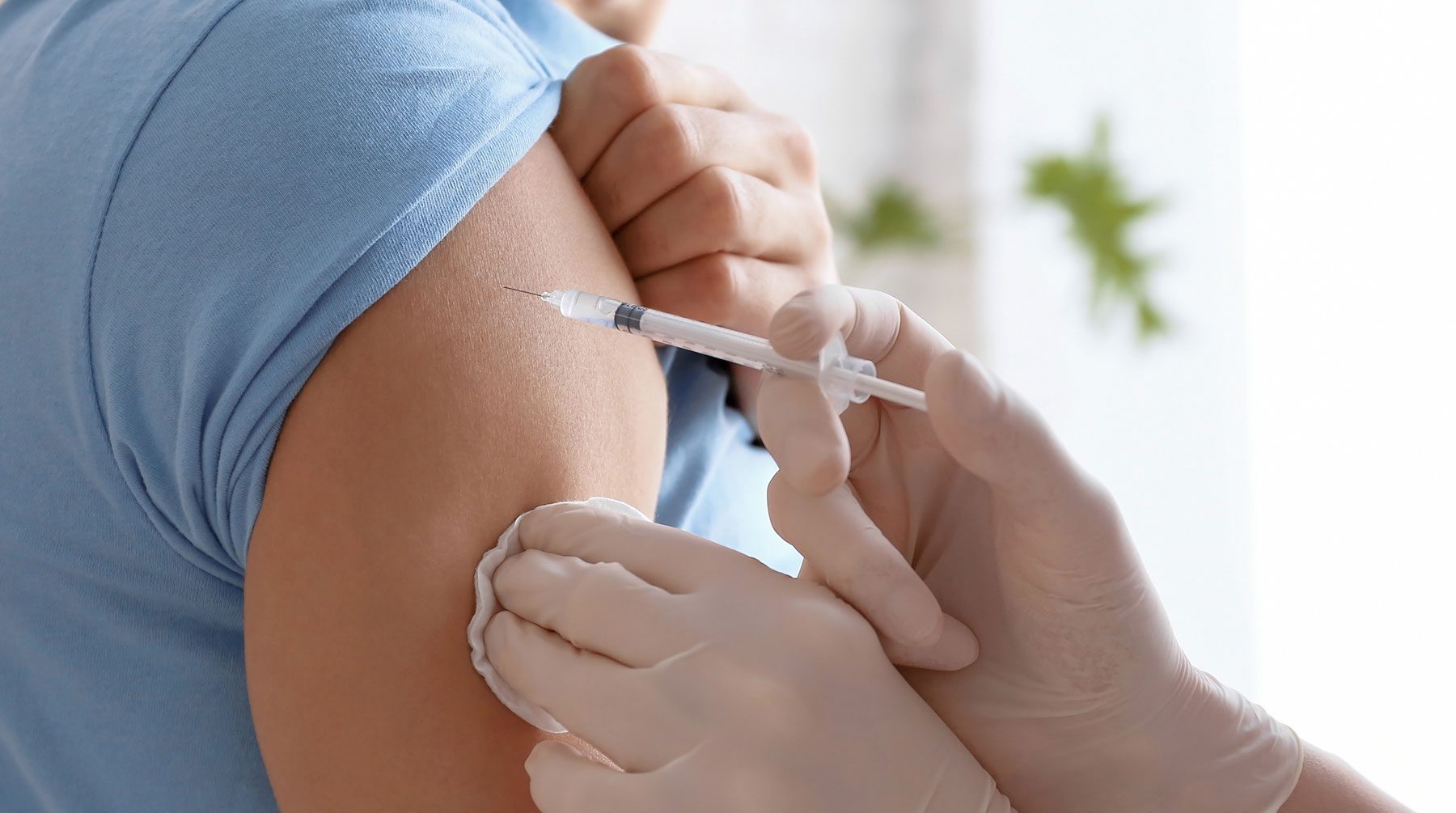 For most of the tourists the usual recommended vaccinations for Thailand include cover against the childhood diseases (Tetanus and Diphtheria, Measles, Mumps, and Rubella) as well as cover against the food bore diseases of Typhoid and Hepatitis A. For those trekking in the Thai countryside or staying for more extended periods then cover against Hepatitis B, Japanese Encephalitis and Rabies should be considered.